By Marisa Kouroubacalis, PureStakeDecember 29, 2021May 16th, 2022No Comments
Share this article:

2021 has been an inspiring and incredible year for the Moonbeam and Moonriver communities with the successful launch of Moonriver and the start of the Moonbeam network launch!

We are so excited and proud of how far this network has come. We want to share a recap of this year, which includes many achievements that we could not have accomplished without our enthusiastic and dedicated community! 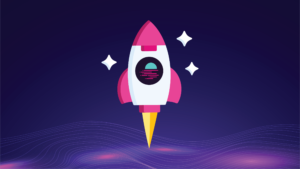 Moonbeam Launch Process Has Started, Including Decentralization of the Collator Set

Moonbeam started the launch process on Polkadot on Saturday, December 18, and quickly onboarded 24 of the highest-performing third-party collators to decentralize block production and help ensure the liveness of the network. Read more about Moonbeam’s decentralization. In mid-January, Moonbeam will officially complete the launch process once EVM and balance transfers are enabled. After completing the launch process, the first 30% of crowdloan rewards will be distributed, and Take Flight tokens will be distributed 40 days later, in mid-February.

Moonriver is the Most Active Parachain on Kusama

Only three months after launch, Moonriver has reached unprecedented levels of activity and usage. Moonriver now has over 75 live integrations, 14.5M+ network transactions (measured by total extrinsics), 380k+ wallets, 1M+ MOVR locked in collator staking and 3k+ ERC-20 tokens created. Moonriver will continue to grow as an independent network alongside Moonbeam in the coming year.

This month, Binance listed $MOVR as a wallet asset, which means users can now deposit and withdraw MOVR for trading.

Our team connected with the Moonbeam community to talk about the biggest highlights of the year, the Moonriver status, ecosystem, community growth, and more. Our team also discussed what to expect in 2022. Watch the recording here.

Let’s dive into the biggest 2021 milestones that brought Moonbeam and Moonriver into a massive launch and network success!

JUN | Moonriver is Now Producing Blocks on Kusama After the Successful Completion of the Moonriver Crowdloan with over 205,935 KSM (~$45M USD at crowdloan close) received from 5,977 contributors worldwide.

NOV | The Moonbeam Foundation Announced the Moonbeam Crowdloan, Moonbeam’s global community came together to support the launch of the Moonbeam Network to Polkadot

NOV | Moonbeam Obtains a Parachain Slot in Polkadot After the Completion of the Moonbeam Crowdloan. Moonbeam had the largest number of contributors and the total DOT raised. Over 35M+ DOT (~$1.4B USD at crowdloan close) was contributed from 200k+ contributors around the world.

DEC | Moonbeam Started Producing Blocks on the Polkadot Network. This was the beginning of the 3-phase launch process to Polkadot

The Moonriver and Moonbeam ecosystems bloomed this year, with dozens of deployments being onboarded each month. Learn more by visiting Moonbeam’s ecosystem page.

QiDao
QiDao launched a native stablecoin on Moonriver (MAI) becoming the first stablecoin on the network. MOVR token holders can now mint $MAI at 0% interest directly from Moonriver at mai.finance

Mochi
Mochi.Market has ported its existing marketplace to Moonriver. In the future, the Mochi team will also develop new infrastructures exclusive to Moonbeam

WePiggy
WePiggy has launched its lending protocol to Moonriver.

Zenlink: A unified and universal cross-chain DEX protocol which enables parachains to have DEX functionality and share liquidity with other parachains. Zenlink will be able to connect all DEX dApps on Polkadot including Moonbeam!

Chaotic by Linear Finance
WePiggy has launched its lending protocol to Moonriver. USDC, USDT, DAI, BUSD,ETH, WBTC, MOVR, BNB, and other assets will be listed based on actual conditions after the lending protocol is in stable operation.

Ambassador of the Year 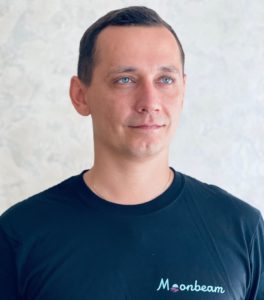 I’ve been a Polkadot passionate follower for a while and found in Moonbeam a project with full growth potential and a powerful multi-chain vision. I joined the ambassador program around a year ago and during my journey with Moonbeam, I have participated in the foundation of the CIS (Commonwealth of Independent Sta Moonbeam community, recruiting new ambassadors for the program, supporting new community members, and helping in the organization of global events for the community. I want to say a big thank you to the team for the trust and support they have given me. I’m very proud of being part of the project’s growth. I have met a lot of great people around the world! Moonbeam is more than just a project to me — it’s a big family.

Join the Moonbeam Ambassador program and build the multi-chain future with us!
Apply to be an ambassador!

Want to receive these updates via email? Enter your email below to sign up for our Moonbeam Monthly Dispatch newsletter.

That’s it for this month! As always, you can keep in touch via Discord, Twitter, Telegram, and this newsletter. 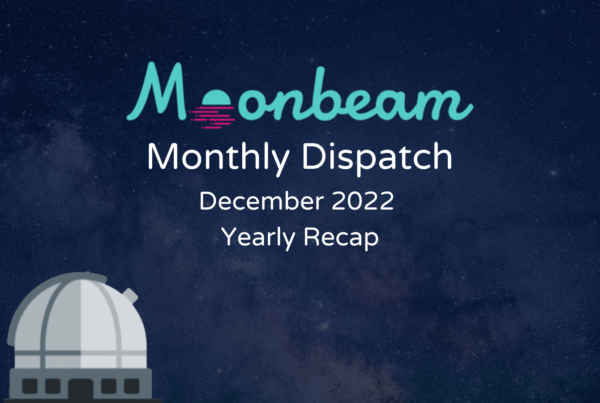 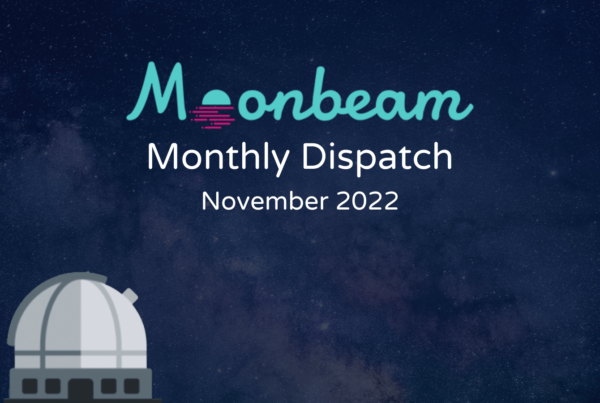 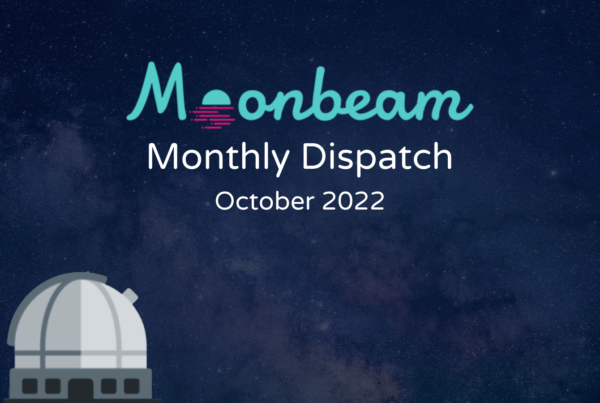