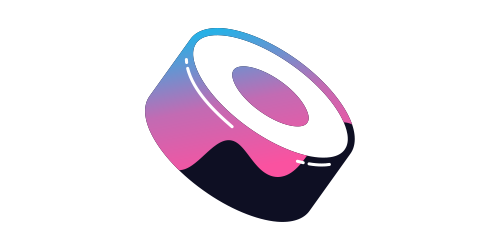 SushiSwap is an automated market making (AMM) decentralized exchange (DEX) currently on the Ethereum blockchain. They plan to expand their offerings with the BentoBox lending platform.

SushiSwap liquidity mining is live on Moonriver and will deploy to Moonbeam once it is launched. Sushi has leveraged Moonbeam’s Ethereum compatibility features to quickly port with minimal effort to Moonbeam, which ultimately provides access to DOT, KSM, and the many other assets being created in the Polkadot ecosystem and by other teams building on the Moonbeam platform.

Sushi is a trusted name in AMM development, and Moonbeam/Moonriver’s goal is to be the platform that brings together all Kusama- and Polkadot-based tokens to interact interoperably with Ethereum-based tokens. The beauty of interoperability is that it is conducive to collaboration in its nature. Based on XCMP (Polkadot-native cross chain messages), Kusama- and Polkadot-based assets will be able to travel interoperably between parachains, but they will need the DeFi utilities that Sushi can provide to reach their full potential and hypothecation. Blocked or siloed liquidity is bad for everyone, so a partnership between Sushi and Moonbeam, which naturally helps this liquidity circulate, will create a positive sum game for all actors involved.

Here are some of the possible deployments that emerge as a result of this partnership:

Moonbeam x Sushi: Everything You Need to Know

How to Add Liquidity to SushiSwap on Moonriver