Singapore – November 03, 2022 – Moonbeam, the top destination for multi-chain applications on Polkadot, has released runtime 1901 in Moonriver, and soon, Moonbeam, after the passing referendum 116. Runtime 1901 includes new features that allow users to auto-compound staking rewards earned on the Moonriver and Moonbeam staking DApps. This upgrade also activates randomness, a feature anticipated for gaming on Moonbeam, and identity verification. The latest technical components included in Runtime 1901 will positively impact application development with new use cases on the Moonriver and Moonbeam networks.

GLMR and MOVR token holders support the maintenance of the Moonbeam and Moonriver networks, respectively, by locking their tokens to collators. When a user delegates tokens to a collator, the staking rewards earned on the Moonbeam and Moonriver Dapps are automatically deposited into the connected wallet. These tokens are available to be used however the token holder wishes. If the staker desired to add the rewarded tokens back into the delegation, the only option was to do so manually. Now there is an automatic option.

The implementation of runtime 1901 now allows Moonriver staking dapp users to autostake their token rewards with one click. This feature will be added to Moonbeam in the next two weeks.

Users have always been free to delegate these funds, but it had to be done manually, and a transaction fee was deducted from the amount. In response to requests from the community, this upgrade means staking rewards can be natively staked automatically or auto-compounded, at the user’s discretion right in the Moonriver and Moonbeam Dapps.

Stakers can choose the percentage amount of the rewards they wish to be auto-compounded and the amount will automatically be added to the delegation. Add or change the auto-staking percentage at any time on a new or existing delegation. The default percentage is set to 100, and users can change this amount at any time with the simple sliding tool.

When an auto-compound is set, it will take effect after two rounds and continue until the user ends the auto-compounding by moving to a percentage of zero. This upgrade makes it easier to stake tokens and earn rewards on the network.

The second upgrade in runtime 1901 is the much-anticipated randomness function which is used for a variety of blockchain applications to create unbiased, unpredictable, and unique outcomes. The activation of randomness on Moonriver/Moonbeam brings with it verifiable random functions (VRF) that can be verified on-chain. Developers on Moonriver and Moonbeam have access to two sources of randomness inputs which can be interacted with via the randomness precompile contract.

Developers can use the randomness precompile to create truly random functions that can be verified as such. This function has applications for all types of DApps being built, including gaming, and will bring new functionality to those building and deploying their projects on Moonbeam.

Finally, the on-chain identity verifier is now activated on Moonriver and soon Moonbeam, allowing users who choose to identify themselves and verify their identity trustlessly. This update was previously announced on Moonbase Alpha and is now active on Moonriver, coming to Moonbeam soon. The process avoids legal KYC and entails a variety of checks to ensure the connection between an address and an identity. Public profiles can be added by showing a passport to a registrar, proving that you are connected to the address/handle, etc. Power to confirm identity on-chain relies on Polkadot pallet for identity.

Moonbeam is a smart contract platform for building cross-chain connected applications that can access users, assets, and services on any chain. By uniting functionality from Ethereum, Cosmos, Polkadot and more into a single platform, Moonbeam solves today’s fragmented user experience — unlocking true interoperability and paving the way for the next generation of applications. The Moonbeam platform uses integrated cross-chain messaging to allow developers to create smart contracts that access services across many remote blockchains. This approach, plus Moonbeam’s developer-friendly EVM platform, vast tool support, and modern Substrate architecture, creates the ideal development environment for building connected applications. 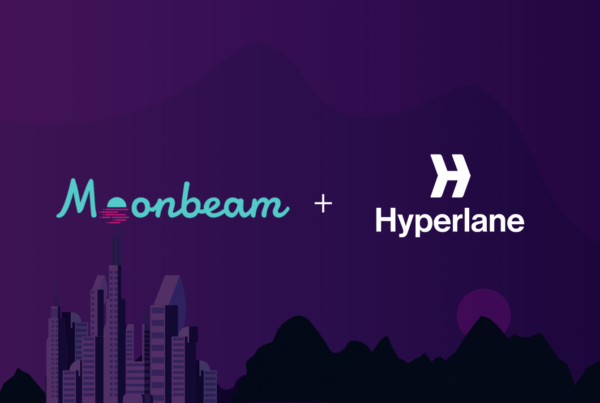